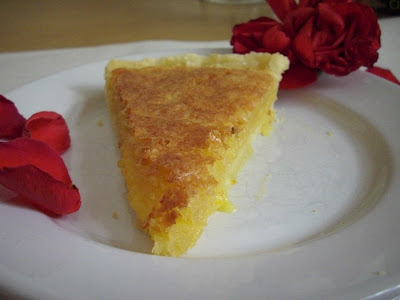 We were only able to go there once, even though we tried again several times. It looked such a normal and unassuming place and we only really chose it because there was so little time and as usual I was hungry. Inside though, it was somehow charmingly old fashioned with mouth watering cakes and tall, frothy Latte Macchiato. The walls were deep, Mediterranean orange and the clientele consisted of regulars lost deep in their newspapers, late on a Saturday afternoon. We had been out along the edge of the Spree through Treptower Park on a blustery day when the water was choppy. The next time we went there, light flakes of snow lined the streets, muffling our steps as we made our way to the Russian memorial whose deep shadows and large blocks seemed to overwhelm us. I remember on the way changing trains at Ostkreuz, one of those places which fill you with Ostalgie. I love the fact it’s a little scruffy and run down and that it’s so confusing finding your way between the different levels, especially as it will soon disappear to make way for an anonymous modern station. So sad. That day though, the windows of the café remained dark and lifeless. We wandered a little further close to Pushkin Allee to a small Backshop whose tables are bizarrely in part of a Multiplex Cinema, but despite the unconventional set-up, the cakes were homemade and really excellent. For some reason, I’ve never been back there either. Perhaps it seems to remind me too much that I’m now alone in Berlin and I prefer to remember it just the way it was. 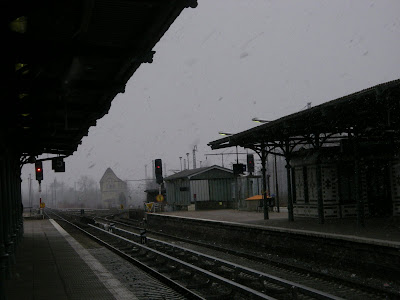 Sometimes I think I’m becoming too sentimental and simply unable to accept change. This isn’t easy in a place like Berlin which is an everlasting building site which may never be finished, as Döblin once said, and where the group of people who are part of your life changes pretty frequently too. Expat friends move on and the fact that Berlin isn’t the richest city means people have to look elsewhere for jobs. Today I was so shocked when I walked past the wonderful Karl Marx Buchhandlung in the former Stalin Allee intending to buy a book. I’d always been fascinated by it since I saw at the end of the Das Leben der Anderen (The Lives of Others) and I instantly fell in love with its solid wooden bookshelves and large glass aquarium windows. Yet now it has closed down and is used as an office for architects. Soon the sign will disappear and just become a memory of Berlin’s cultural past as we walk along the ever emptier streets of Karl Marx Allee. 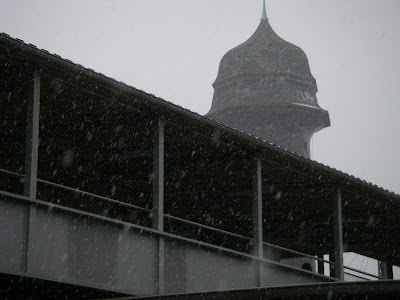 Luckily though, it isn’t all bad news. Remember how I talked about my fear of the unknown where baking is concerned? Well, I can’t say I’m cured but hopefully I’m already making a little progress. The most revolutionary thing so far (for me) was to join the Daring Bakers, a group which picks a different recipe each month which you’re allowed to adapt slightly. Funnily, my first challenge turned put to be a Bakewell Tart, a speciality of Derbyshire, the region where I grew up. Making it brought back so many fond memories of warm jam, combined with frangipane with a large serving of fresh, creamy custard. For this challenge, I chose to use orange curd which is an absolute cinch to make and whose texture is a perfect replacement for the custard. The results were heavenly; the lightest pastry, smooth frangipane and the citrusy curd blended amazingly. As you can imagine, one piece was never going to be enough… 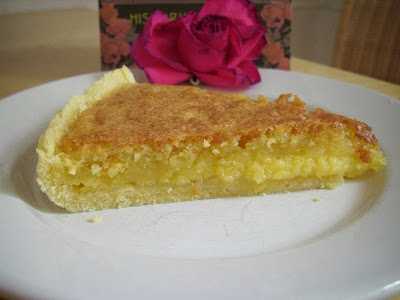 Plus some flaked almonds to decorate (they'd run out of these at my local store so that's why they're absent from my pictures!)

Sift together flour, sugar and salt. Grate butter into the flour mixture, using the large hole-side of a box grater. Using your finger tips only, and working very quickly, rub the fat into the flour until the mixture resembles bread crumbs. Set aside.

Lightly beat the egg yolks with the almond extract (if using) and quickly mix into the flour mixture. Keep mixing while dribbling in the water, only adding enough to form a cohesive and slightly sticky dough. Form the dough into a disc, wrap in cling and refrigerate for at least 30 minutes
Jasmine’s notes:
-If you wish, you can substitute the seeds of one vanilla bean, one teaspoon of vanilla paste or one teaspoon of vanilla extract for the almond extract

Cream butter and sugar together for about a minute or until the mixture is light yellow in color and very fluffy. Scrape down the side of the bowl and add the eggs, one at a time, beating well after each addition. The batter may appear to curdle. In the words of Douglas Adams:Don’t panic. Really. It’ll be fine. After all three are in, pour in the almond extract and mix for about another 30 seconds and scrape down the sides again. With the beaters on, spoon in the ground nuts and the flour. Mix well. The mixture will be soft, keep its slightly curdled look (mostly from the almonds) and retain its pallid yellow color.

3 sterilised jars – I usually wash mine first in hot soapy water then place them in an oven at about 130° until the curd is ready so they stay warm and clean. 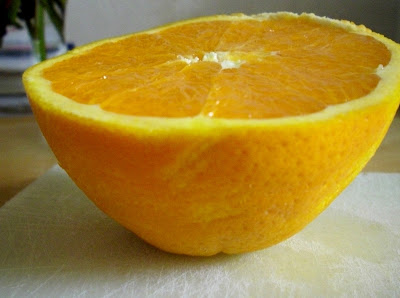 Assembling the tart
Place the chilled dough disc on a lightly floured surface. If it's overly cold, you will need to let it become acclimatized for about 15 minutes before you roll it out. Flour the rolling pin and roll the pastry to 5mm (1/4”) thickness, by rolling in one direction only (start from the centre and roll away from you), and turning the disc a quarter turn after each roll. When the pastry is to the desired size and thickness, transfer it to the tart pan, press in and trim the excess dough. Patch any holes, fissures or tears with trimmed bits. Chill in the freezer for 15 minutes.

Remove shell from freezer, spread as even a layer as you can of curd onto the pastry base. Top with frangipane, spreading to cover the entire surface of the tart. Smooth the top and pop into the oven for 30 minutes. Five minutes before the tart is done, the top will be poofy and brownish. Remove from oven and strew flaked almonds on top and return to the heat for the last five minutes of baking.

The finished tart will have a golden crust and the frangipane will be tanned, poofy and a bit spongy-looking. Remove from the oven and cool on the counter. Serve warm, with crème fraîche, whipped cream or custard sauce if you wish. When you slice into the tart, the almond paste will be firm, but slightly squidgy and the crust should be crisp but not tough. 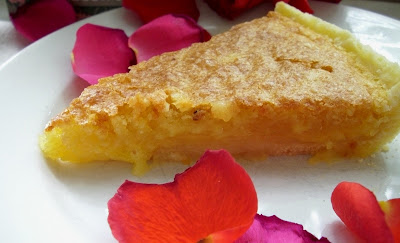