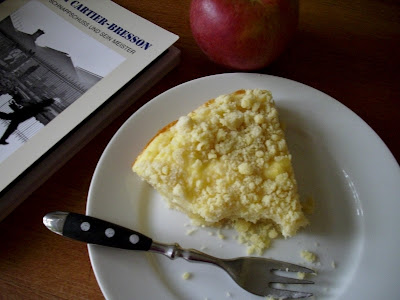 I've been wanting to write on the blog for about ten days now but somehow the circumstances just weren't quite right. Last week though, the weather is Berlin was so meltingly sticky that every movement seemed an effort and the last thing on my mind was baking cakes. Instead I stuck to salads and ice cream. I started too to write about the film I saw called Alle Anderen (Everyone Else) which was so fresh, funny and touching but then I simply got too preoccupied with holiday preparations. As some of you will understand, I spent hours selecting the books and left everything else until the last minute! The moment I boarded the train for Munich, all the tension faded away. In fact, it was one of my nicest journeys, divided between being thoroughly gripped by In Cold Blood and talking to a philosophy professor from Leipzig. The past few days there seem a bit like a blur because I'm simply not used to being without a plan, or not having to be anywhere at a certain time but of course, it's a wonderful feeling too. 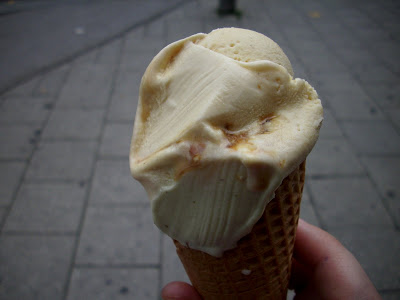 Last evening I finally arrived at my parents' house, a little exhausted but relieved to be there. While coming into land, we seemed to descend for hours through gigantic glaciers of cloud and then I saw the English patchwork countryside. I still can't believe that it will soon be five years since I left the UK for France and my second year in Berlin. I often try to picture the girl who left this room half a decade ago: the things in it still mean a lot to me - my pictures, my music and most of all my collection of French books - yet somehow they belonged to a different person. Between 2000 and 2008, I read almost exclusively in French and then later on in German. This was because I'm such a slow reader in any language but was desperate to speak perfect French. At the beginning, it was absolute torture since I started with Madame Bovary, one of my favourite books. Torture because it took me something like a month to read 100 pages of the original and I hated Flaubert for being so detailed (I've since forgiven him!). I don't know if I'd have a same discipline now. It's only really since the bginning of this year that I've rediscovered English language books which I'm currently devouring. 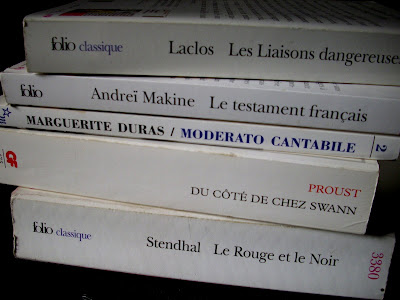 
Every time I come back to Derbyshire , I long to take all of my books with me but sadly I know it's impossible. The places nearby seem so familiar but somehow strange, especially after life in a foreign big city. Yet, I love the stillness here and having my own space. I wake up and see the four walls which were so important to me and am now working at the desk where I spent so many nights as a student working into the early hours until my head and my eyes could take no more and I collapsed into bed, thoroughly exhausted. I'll stay here until Saturday when I'm travelling further North to the coast for a week. I haven't seen the sea for such a long time and am already longing for the sounds of the waves and the birds flying overhead and the long, sandy beaches. Hopefully, I'll have time to post a little about that in ten days' time in between my return and the departure for London. So if I'm not commenting on your blog so much, it's simply because I won't be online for a while. I never imagined I'd enjoy writing on this blog so much but I love sharing things with you and reading you all in return, discovering so many different voices and lives.

Before I leave though, I have to give you a recipe. In Munich, the days were humid and rainy which suited me fine as I finally got around to making a Streuselkuchen. This was one of the first cakes I ate when I came to Berlin. When it's well made. it's like crumble and truly irresistable but sadly, too many bakeries sell versions with an overdose of yeast which leaves an aftertaste in your mouth. I've used apple because J. adores them but apricot or rhubarb would be wonderful too. 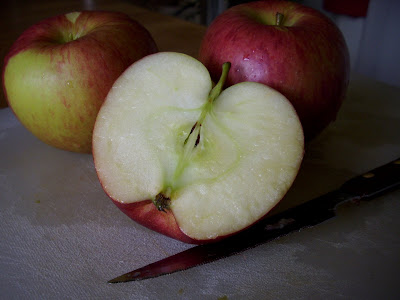 1. Wash, peel and roughly chop the apples into small pieces. Soak in the lemon juice and leave to one side.
2. In a large bowl, mix the sugar and flour together. Melt the butter over a gentle heat and pour over the flour and sugar. Using a wooden spoon, mix in until you have a crumble or rough breadcrumbs texture. 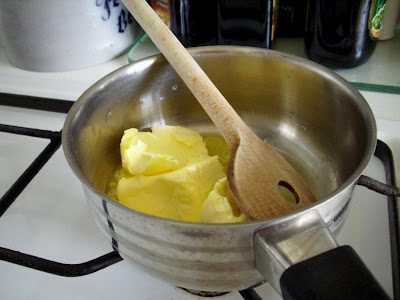 3. Whisk the eggs whites with a little sugar until they form stiff peaks. 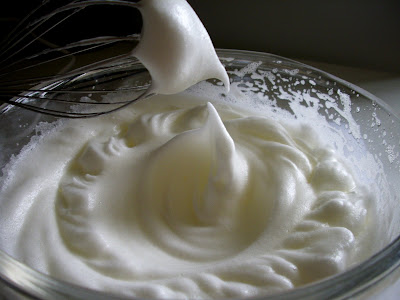 4. Mix the eggs yolks, semolina and quark together, then gently fold in the egg whites.
5. Grease a 24 cm Springform tin, then take about half of the Streusel mixture and press down firmly onto the base. Then add the apples on top of it, followed by the quark mixture and finally, the remaining Streusel. Bake for between 40 - 55 mins, depending on your oven. Enjoy with a cup of tea and a good book! 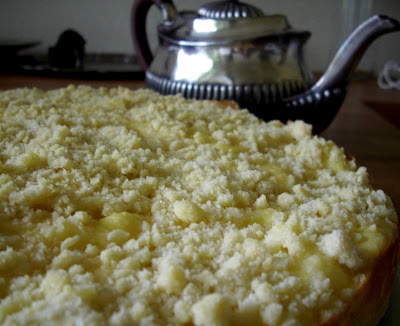