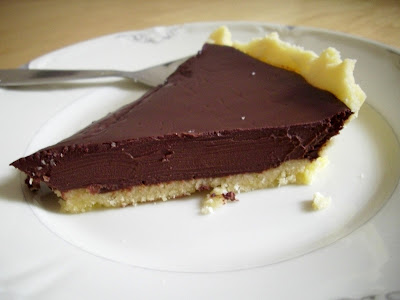 The minutes slipped by as I stood at the window drinking tisane and mesmerised by the large lines of drops falling and listening to the gently pattering sound of them falling on the fresh green leaves. It was long bank holiday weekend again and the days were full of rain. The streets were deserted and all my friends had other plans, but who can blame them when I’m hardly ever there and neglect them? How did I spend my time? In the kitchen of course.

A year has passed since I wrote that in my notebook but my Pentecost weekend was virtually unchanged. Deep in my heart though, I like those long rainy afternoons because there’s no need to feel guilty about shutting yourself away in the warmth of the kitchen, listening to 2raumwohnung as you bake. In these three days at home, I spent most of my time thinking about food, flicking through cookbooks and food blogs, persuading myself that all the admin work can wait until later. And when I wasn’t baking or eating, I was watching films. A lot of them. 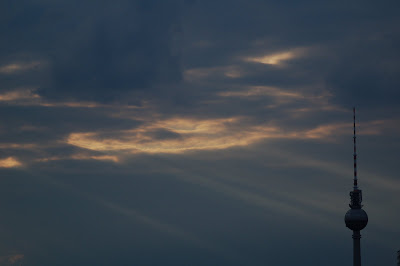 I also wondered how to rid myself of this “kitchen complex” that I’ve had for a few years about only really being good with sponge cakes which surely anyone can do, right? I long to be able to take stunning pictures or make mouth-watering macaroons or puff pastry like some other bloggers. I’ve never made a decent potato gratin yet and the thought of homemade pasta or even using a wok terrifies me because I’ve never tried, ridiculous as it sounds. I envy my friends Ju’s salmon tarte and Y’s stir fried noodles which they can rustle up effortlessly. Quite likely my anxiety comes in part from the reputation as a kitchen disaster at school. It all happened the day I decided to make scones. For some reason, the dough was incredibly sticky, probably because I’d used too much butter or water, and each time I tried to lift it up, 90% stayed on the worktop. That day, only my friend C. was able to save me with a ton of flour but then she forgot to add sugar to her fairy cakes and her mother never forgave me.

Perhaps the thing I most wanted to cook was rice. My mother told me it was difficult and every time I tried, it somehow turned out dry or sticky and tasteless. I wondered why I didn’t just go to the Indian restaurant down the road again. Then a couple of weeks ago, I broke my “no more books till June” rule and bought one on basic cooking; inside was a recipe for risotto and so I set myself the challenge to make it. As a consolation though, there would also be a tarte au chocolat in case the rice was a disaster. So it was that on Saturday morning, I set off with a long shopping list and an empty basket. Even if I blew the budget with mango juice and marshmallows, I at least managed to gather everything and exchanged cooking tips with the white haired cashier at Karstadt who shares my passion for shortbread and Mohnkuchen. What happened next? The tarte was even better than expected and the risotto was tasty and a piece of cake to put together. I’d never have imagined it was that simple after all. What had I been worrying about all this time? The thunderstorm arrived and I settled down to watch the wonderful Fantômas, feeling a little less bad about my cooking and looking forward to the next rainy day.

This is my kind of tarte with a big thick block of chocolate on crispy pastry. 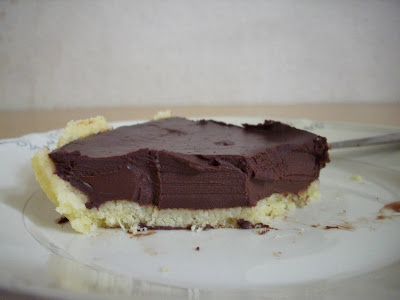 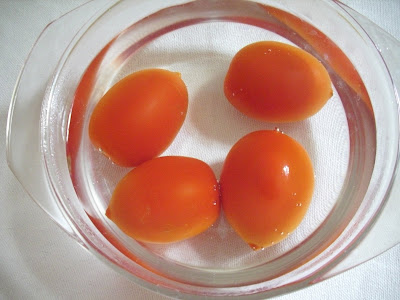 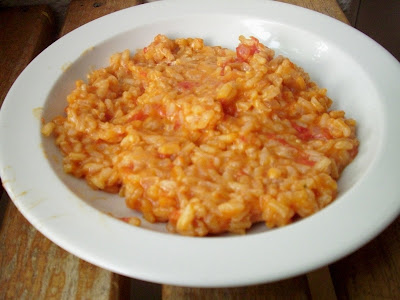 Apologies for the poor photo of the risotto but there wasn't much light and I was hungry.
Publié par Emily à 14:12