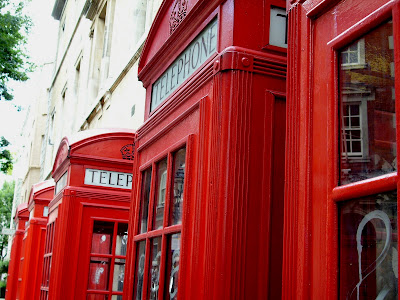 To be honest, I'm a little sad today as it's almost the end of my trip. I've seen and done so much, yet the time has gone by like a flash, even if I know it sounds like a cliché. Before I left, I'd never imagined that three weeks could go so fast. Most of all, I've loved being able to read undisturbed, to have midnight movie sessions and to gather my own thoughts. It'll be difficult readjusting to a noisy flatmate so that's why I've started looking for somewhere new in Berlin. My stay in London was perhaps the most enjoyable that I've spent there. Previous trips often consisted of a couple of days so everything seemed crammed together and a bit stressful. This time though, there was no need to hurry. It was so wonderful to savour each day as it came, wandering through the streets of different areas, finding the most amazing little shops and just watching other people. Living abroad so long and in another capital city gives you another set of eyes. Even though I'm British, I always find it strange to come back to a culture which is somehow mine but also somehow like in a foreign country. Everyone walks faster here but apologises more. People wait patiently in line and buying something in a shop takes so much longer. I was also struck by how openly people talk about money but that's probably because London is so expensive.
I also paid a visit to some amazing bookshops. The London Review Bookshop near the British Museum has been on my list for ages but nothing could have prepared me for what I found when I walked through the door. Huge bookcases stacked with gems you never normally find in chains like Waterstones. On every display section, there's something new and unexpected to tempt you and should you venture downstairs, there are the most incredible poetry and film sections. I don't have to tell you what a hard time I had limiting myself to three books before finally settling on Numbers in the Dark by Calvino, a book of poems by EE Cummings and some travel writing by Martha Gellhorn. Before I left, I naturally also had to try out the coffee shop where you can find the most unusual but heartstoppingly expensive cakes like lemon, rosemary and olive oil. I opted for orange and almond, accompanied by a pot of loose jasmine tea and it felt lke the biggest luxury in the world sitting in the corner and dipping into my new books in between mouthfuls of cake and sips of hot tea. Next on my list was an old favourite of mine, Hatchards on Piccadilly. Apparently it's one of the oldest bookshops in Britain and even though it's sadly now part of Waterstones, it still retains an old-fashioned charm. Needless to say you could browse for hours here (the fiction and biography sections are to die for). The temptation was too hard to resist so I got a book of Scott and Zelda Fitzgerald's Letters. The last stop was to a secondhand bookshop ,Judd Books, which is just out of this world. It's literally packed floor to ceiling with the best books, most of which are really cheap. I couldn't believe my luck when I spotted those facsimile Eva Hesse Notebooks for 10 Pounds which I'd been so envious of Pia for getting hold of. I also picked up a huge Hemingway biography which I'd been wise enough to leave at Hatchards plus the Cambridge Companion to Simone de Beauvoir. So all in all, a successful trip! 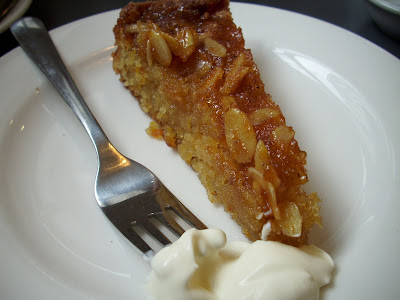 Orange and almond cake at the London Review Bookshop café 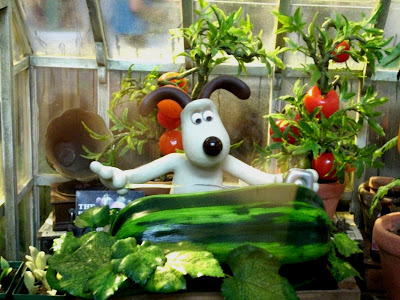 Gromit and his marrow at the science museum 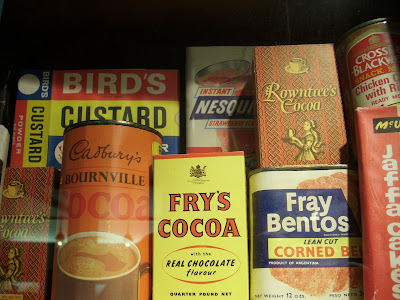 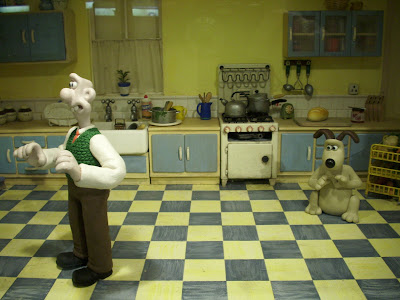 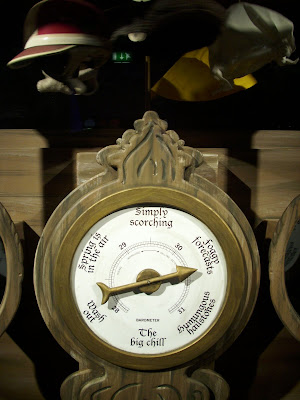 The perfect invention for the British climate: a hat barometer which selects the appropriate headwear for you depending on the forecast!
In between book buying sessions, I managed to squeeze in some cultural stuff like the Wallace and Gromit World of Inventions exhibition at the Science Museum. Even if most of the other visitors were kids, it was still really fun to see all those gadgets and most of all to look at the tiny plasticine animation models they use. I can't believe how they move those things hundreds of times to make a film. In the evenings, I felt a little exhausted but in a nice way and just enjoyed walking along the banks of the river, listening to the music from cafés and wishing it could last forever. The days slipped by though and yesterday I took the plane back to Germany in the pouring rain. As we took off, the sun reappeared and tiny clouds were dotted all over the patchwork fields like tiny icebergs. There are just a few more days in Munich before I head home to Berlin on Monday. I keep looking at all my photos and souvenirs but most of all, I already long for the sea again and to feel the wind in my face. 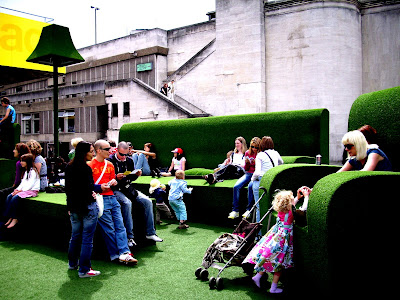 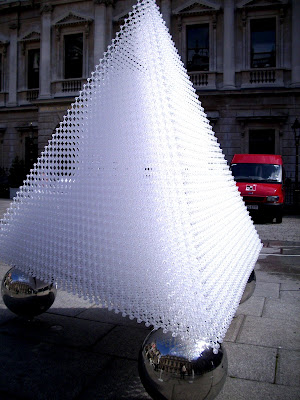 One of the outdoor exhibits at the Royal Academy's Summer Exhibition 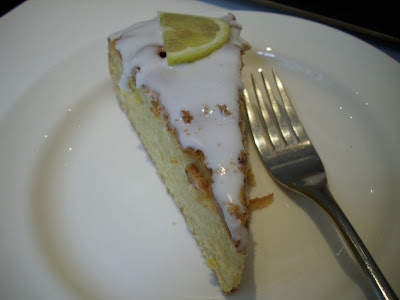 Some delicious lemon cake at the RA restaurant 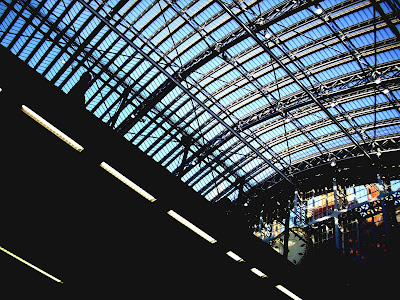 The platform at St. Pancras station which always makes me long to hop on the Eurostar there and go to Paris. 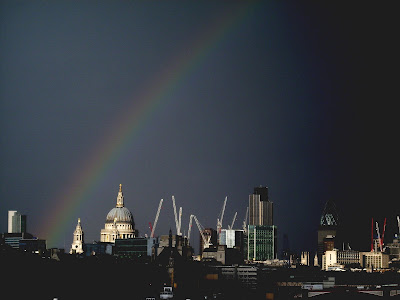 A dramatic sky over London, complete with rainbow 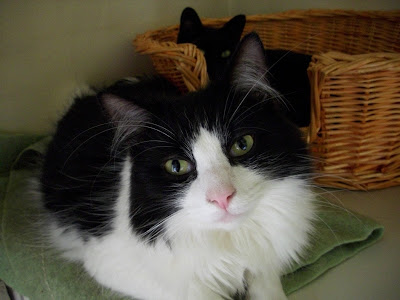 Jasper and Oscar at the my parents' place
Publié par Emily à 04:14