This year at Marienbad, plus my very first loaf 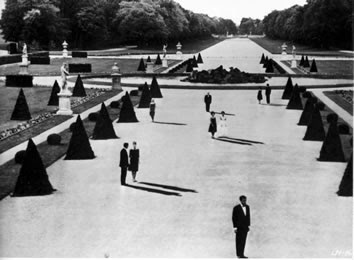 I made my way once again
along these corridors and through these rooms
in this building that belongs to the past,
this huge, luxurious and baroque hotel
where endless corridors follow on from one another...

From the very first time that I saw L'année dernière à Marienbad (Last Year at Marienbad), I was consumed with a strange kind of fascination and longed to enter this strange universe where the dialogues are as labyrinthine as the corridors, where doors open onto different rooms each time, where the gardens have a strange light giving the people long dark shadows and the trees none. Most of amazing of all of course is the hotel and its guests, two of whom famously try to remember, or perhaps forget about when they last could have met. Could such a place really exist?

I knew deep down that it simply wasn’t possible and unfortunately, my research cruelly confirmed this. The hotel scenes were a mix from Schloss Nymphenburg, the hunting lodge Amalienburg and Schloss Schleissheim, all in Bavaria. Still, when J. suggested spending the 1st May weekend in the area around Marienbad, I still felt it would be special to go there.

My journey to Františkovy Lázně began in the sleepy hours of a public holiday and involved changing trains several times in places I’d never heard of before. From Reichenbach, our train journeyed deeper and deeper into thick pine forests so that they had to switch on the lights. Small baroque style churches stood proudly on hills with blackened bell towers above us. When I arrived, the town was full of classic cars, Ukrainian tractors and their respective enthusiasts. We spent hours wandering through the long avenues with their yellow buildings and through parks with white rhododendrons and fading magnolias. Dotted around are water tanks where you can see bubbling springs and minerals and on the rooftops, storks are nesting. That same afternoon, we strolled down to a café by the river where a band was playing for people to line dance to and ate ice cream and in the evening tried the local Mehlspeisen and took tea and honey cake on the terrace of the Imperial hotel. 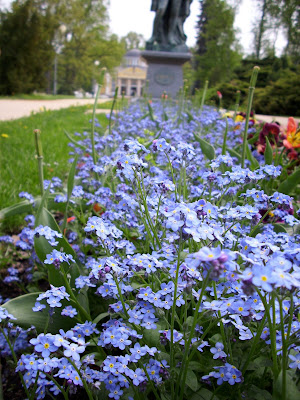 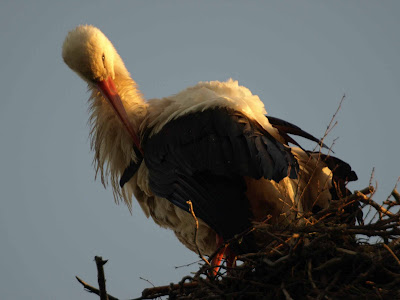 Marienbad is totally different from anything in the film but still amazing. You can sit by the Hauptkolonnade and hear the cooling song of the fountain and eat the special wafers called Oblatter. You can lose yourself in the fairytale forests above the town and on the way, take in the crumbling grand hotels which are shadows of their former selves. Though I still preferred Františkovy Lázně, I’m already longing to return there with J. in late autumn when the trees will have started to lose their leaves and darkness will fall earlier. The journey back was filled with sleepiness, the words of Ingeborg Bachmann and images flooding through my mind of my past trips with J. Later on came the tap tap tapping of raindrops against the glass and everything seemed so far away already.

Since then, I’ve been suffering a bit from what can only be know as the post holiday blues. A friend of mine told me it’s completely pointless but sometimes, I just can’t help it. It’s probably worse this time as I’m suffering with a cold so to counter that, I had a go at making bread. I never knew it could be so relaxing to spend your evening kneading dough and had forgotten just how fabulous it is to have the smell of fresh bread wafting though your home. No recipe for now though as there’s still some more work to do. Somehow, my loaf looked good and I loved its rugged crackedness but was a bit on the salty side and next time I should probably use less yeast. Practice makes perfect I guess… 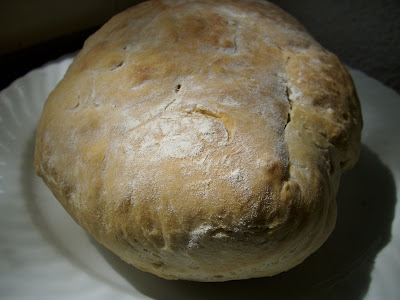