In the footsteps of Thomas Bernhard 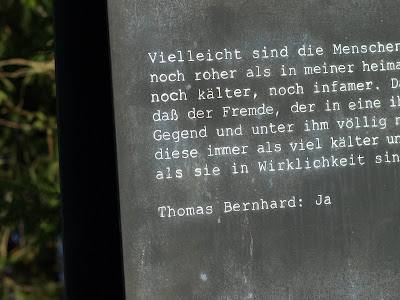 The day began early with the first flickers of light in the sky and the morning song of the birds as we needed to get an early start from Munich. On our way to Austria, there were flashes of the Chiemsee, and on the horizon solid, snow covered blocks seemed to rise up from nowhere. We made it to our first destination, the Wolfgangsee where the political heavyweight (in both senses) Helmut Kohl used to come to slim. We settled for a bit of rock climbing on a scorching hot day with Kaiserschmarrn as a lunchtime reward and afterwards headed for the Thomas Bernhard house in Obernathal. The route was via the Traunsee which brought back wonderful memories of our evening there last October and the search of a restaurant. We found a beautiful place by the water’s edge. The leaves of the mountains around us had already turned brown and gold and it seemed like everyone wanted to soak up the last rays of sunshine. A man in a motorboat destroyed the perfect glass smoothness of the lake as he came ashore, swans dived in its gentle ripples and it all felt so perfect and timeless. As evening fell, it became clear and cold and we sought refuge inside where Eispalatschinken and hot chocolate were served. When we passed the restaurant again, I felt a longing to rediscover that autumn dusk and nestle in the warmth and light of the small room. 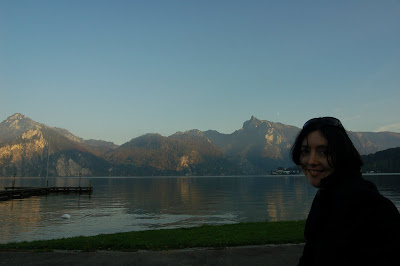 Sadly, things didn’t work out with my visit to the Thomas Bernhard house since they are only open on Bank holidays and weekends and in Austria, Good Friday is a normal working day. I had to content myself with wandering around the house outside and trying to look in through the windows. I saw his incredible shoe collection and a kitchen with rather uncomfortable looking furniture. It’s strange but I somehow found it hard to imagine him here, looking at the same things I saw and walking through the nearby woods gathering his thoughts. Instead it seemed just like a museum of objects far removed. Everyone in the area seems keen to cash in though; his detested neighbour of 20 years had written a rather pointless book about him (his only comment on the notorious chainsaw episode where T.B injured himself badly was that only experienced people should use one), displayed next to a hideous portrait. Later on, I spoke to the neighbour who assured me that T.B was menschenfeindlich and exaggerated everything, whereas I can imagine how much an outsider he was made to feel here. Despite the setbacks, I still hope to visit the house from the inside at Pentecost. 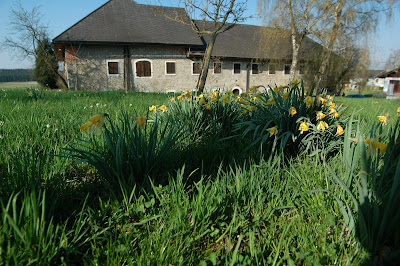 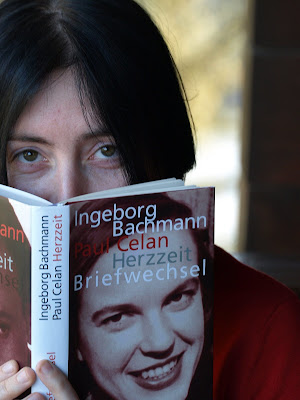 As usual, the few days together went by far too fast; days of cloudless skies and burning sunshine. Close to the Irrsee, a large yellow moon was waiting for us low in the sky before removing her thin veil of cloud and in Salzburg, we dunked our croissants in large mugs of chocolate and wandered in and out of churches. In the alps J. got up early and went in search of the snow while I slept long and spent the rest of the time mostly writing or reading the letters of Ingeborg Bahmann and Paul Celan, wondering why it was so impossible for them to be together, why words had driven them apart and created so many misunderstandings, feeling how much they loved and needed each other and yet how, ultimately, they were so very much alone. In the evenings, we walked by the powerful gushing river to the town of Lofer for Bratkartoffeln and Germknödel and I longed to stay. Of course it was impossible and I had to comfort myself with some spaghetti ice cream in an Italian café close to the Chiemsee on our return before accepting it was finally over. 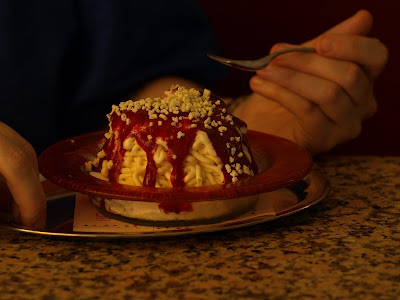